BREAKING NEWS — MARKET SPECULATION & THE STATE OF THE ECONOMY

CAN THE FEDERAL RESERVE LOWER INFLATION RATES WITHOUT TRIGGERING A RECESSION?

In his March 2022 speech in Washington DC, Chairman Powell stated, “In our FOMC projections, the economy achieves a soft landing, with inflation coming down and unemployment holding steady.”

Some individuals, including former members of the FOMC, are not optimistic that a soft landing can be achieved. Chairman Powell acknowledged their skepticism when he stated, “Some have argued that history stacks the odds against achieving a soft landing and point to the 1994 episode as the only successful soft landing in the postwar period…the record provides some ground for optimism: Soft, or at least soft-ish, landings occurred in 1965, 1984, and 1994—the Fed raised the federal funds rate significantly in response to inflation without precipitating a recession.”

The graph below highlights the three soft landings, with the gray bars representing recessionary periods and the blue line depicting the federal funds rate percentage. 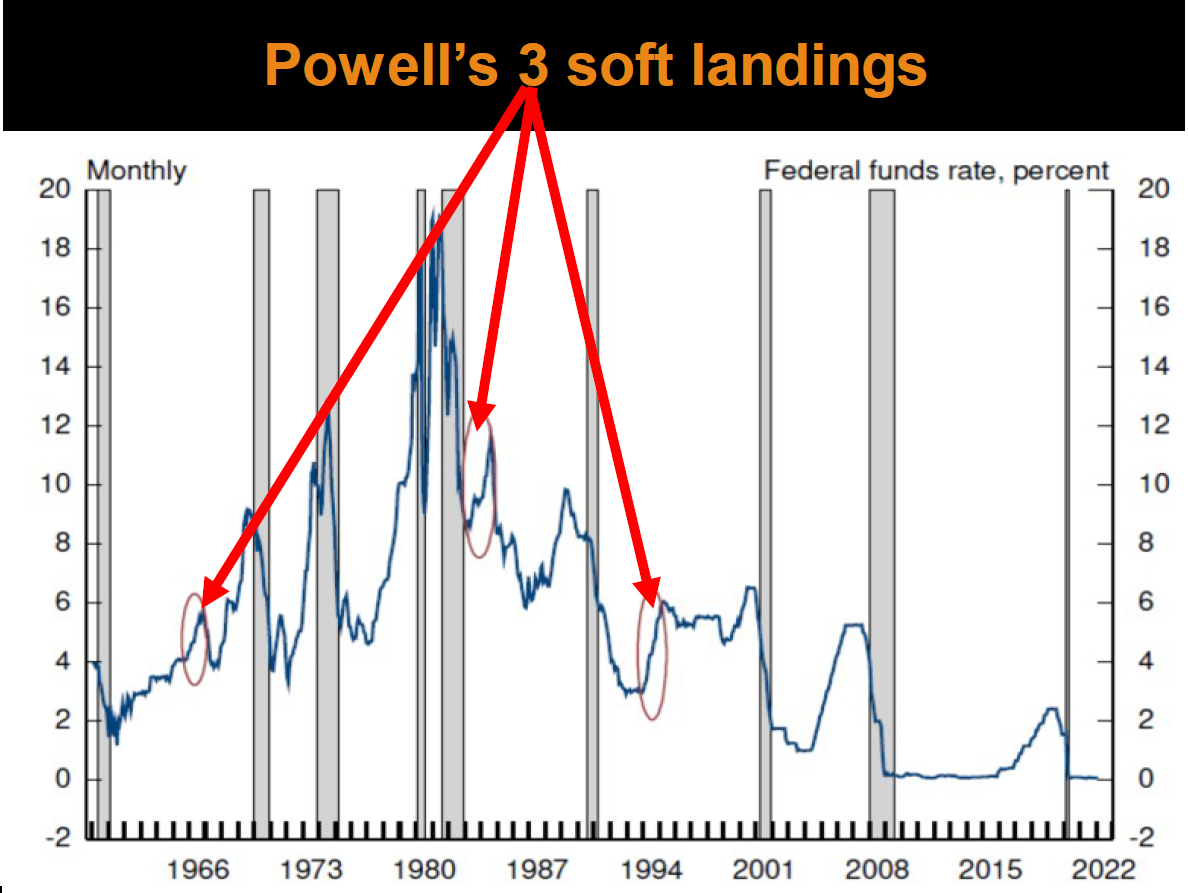 History does support the skeptics. As the graph above clearly illustrates, recessions were ushered in by periods of rising interest rates.

My advice for high-performance financial institutions…

Dr. Seifried is Professor Emeritus of Economics and Business at Lafayette College in Easton, Pennsylvania. He also serves as the Chief Economist for SB Value Partners, L.P., and Executive Consultant for the Sheshunoff CEO Affiliation Programs.

Actively managing over $449 Million for community financial institutions and their customers in managed accounts and 3(C)(1) L.P.’s.